The Council established an Alumni Association to enable all Fellows who complete the program to participate in Council programs around the country, receive Council publications, and mentor subsequent classes of Fellows.

Every five years, the Council hosts an alumni leadership conference to follow up with the Fellows to determine the impact of the program on their academic and professional careers. The most recent alumni meeting was held in June 2016 and resulted in the election of new officers and the development of regional alumni activities. Officers serve one-year terms.

Following are the biographies of the CAA Fellowship Alumni Association Officers. 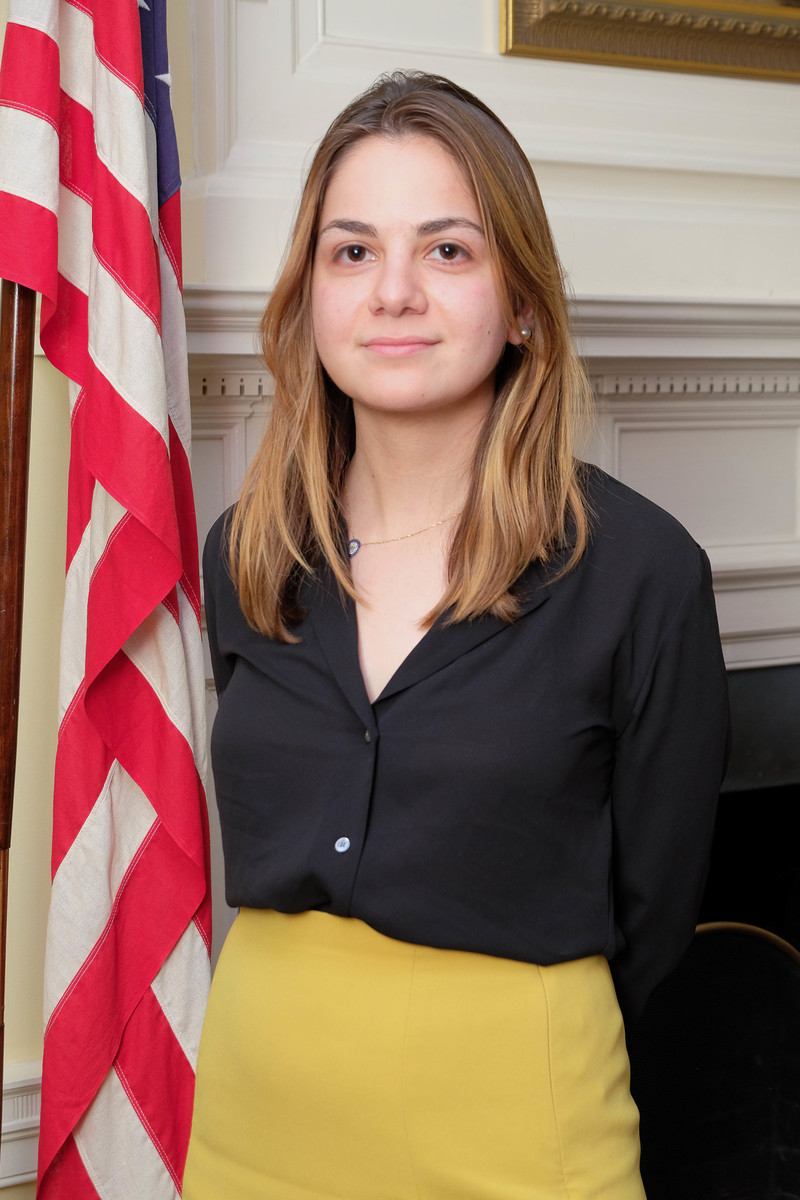 Loully Saney is currently serving as Deputy Press Secretary for Senator Tim Kaine. She is a 2015 alumnus of the Council of American Ambassadors Annenberg Fellowship. During her fellowship, she interned at the Department of State's Office of Iranian Affairs. She received a Certificate of Appreciation at the culmination of her internship for her contributions toward U.S. government efforts to reach a comprehensive nuclear deal with Iran. Loully graduated from Princeton University with a degree in Politics and certificates in Near Eastern Studies and History and the Practice of Diplomacy. She spent a year abroad at Oxford University where she studied Philosophy, Politics, and Economics. She has also interned at the White House Office of Science and Technology Policy and the National Economic Council.

Daniella Mak is a Senior Monitoring and Evaluation Specialist in the U.S. Department of State's Bureau of African Affairs. Her monitoring and evaluation career began with Africare in Angola in 2008. She has been a data manager for a large-scale randomized control trial and conducted evaluations of security assistance programs while a political-military analyst at a research center for the U.S. Department of Defense for three years. Daniella's regional area of specialty is West and Central Africa. Her functional area specialty is in monitoring and evaluation, building partner capacity, security assistance, humanitarian assistance/disaster relief, wargaming, coalition interoperability, and post-civil war dynamics. Daniella is a former U.S. Fulbright Scholar and a former Annenberg Fellow at the U.S. Department of State. She graduated from the University of Pennsylvania with a B.A. in Diplomatic History, African Studies, and Modern Middle Eastern Studies. She holds an M.A. in History and International Relations from the ISCTE-Lisbon University Institute. Daniella speaks French, Portuguese, Turkish, and Chinese. She has done fieldwork and participated in military exercises throughout Africa. 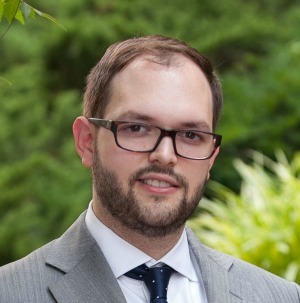 Patrick May was a Council of American Ambassadors Annenberg Fellow during the summer of 2010. After completing the fellowship, Patrick earned a Bachelor of Arts in Political Science and International Studies from Dickinson College. While still an undergraduate, Patrick pursued an intensive one-year program at l’Institute d’Etudes Politiques in Toulouse, where he earned a Certificate d’Etudes Politiques. More recently, Patrick received a Master of Arts in Security Studies from Georgetown University’s School of Foreign Service. His studies at Georgetown focused on geo-political trends, organizational shifts in the United States intelligence community, and terrorism in the wake of the Arab Spring. Patrick currently works as a consultant for the Defense Centers of Excellence for PH and TBI, where he is on the strategy management team.

Daniel Severson is pursuing joint JD/MPP degrees at the Harvard Law School and the Harvard Kennedy School. He received Harvard’s Presidential Public Service Fellowship to support his summer 2014 work at the Department of Defense.  Before Harvard, Daniel worked on public diplomacy in Africa as a foreign affairs analyst at the U.S. Department of State. As a Fulbright Scholar in Taiwan, Daniel taught English, studied Chinese, and played French horn in the Taipei Wind Band. Daniel graduated from Bard College with two degrees—a B.A. in Political Studies and a B.M. in French horn performance—and received the Lockwood Prize for his contribution to the intellectual life of the College. As a 2009 Council of American Ambassadors Fellow, Daniel interned in the State Department’s Office of Opinion Research. He speaks French and Mandarin. 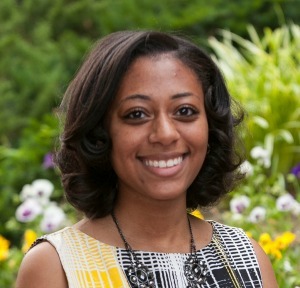 Hailing from Akron, Ohio, Jasmine J. Wyatt graduated from Harvard University with a B.A. in Government and South Asian Studies, and a Spanish Language Citation. To complement her studies at Harvard, Ms. Wyatt studied abroad in Geneva, Switzerland, studying French, international relations, and multilateral diplomacy. In the past, Ms. Wyatt served as a Congressional Page in the House of Representatives for former Representative Betty Sutton (D-OH), a Communications Intern in the Mayor’s Office of Akron, and as a volunteer in the National Children’s Hospital and National Cancer Institute of Peru. Most recently, she served as a Public Affairs Assistant at the State Department, writing and editing statements for Secretary Kerry, as well as working on strategies to communicate the importance of foreign policy to the American people. An aspiring Foreign Service Officer, Ms. Wyatt hopes to use diplomacy as her platform to advocate for global human rights and pursue her foreign policy, and minority and women’s rights passions. She is a 2014 Harriman Fellow and a 2015 Council on Foreign Relations Franklin Williams Fellow, as well as co-founder and co-leader of “Sisters of Strength,” a women’s empowerment group. She speaks Spanish, Hindi, Urdu, and sometimes French.

Fellows can connect through the CAA Fellowship Alumni Facebook Group and LinkedIn Page. 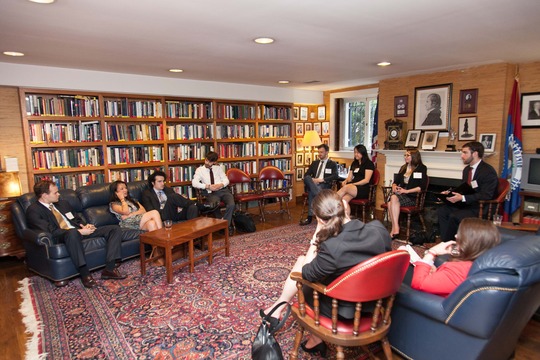 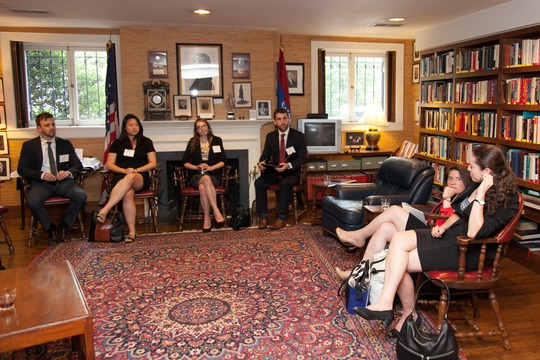 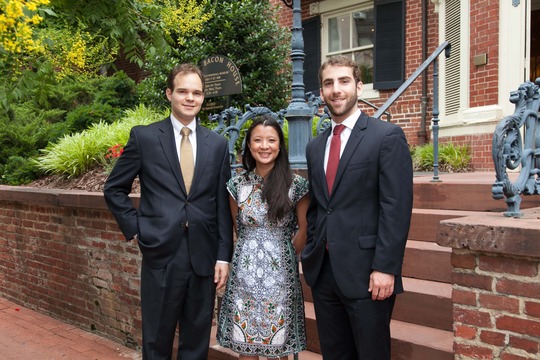 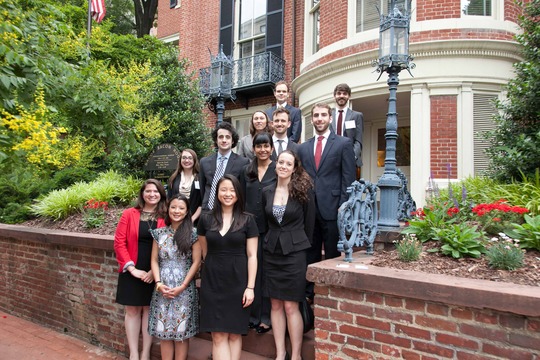