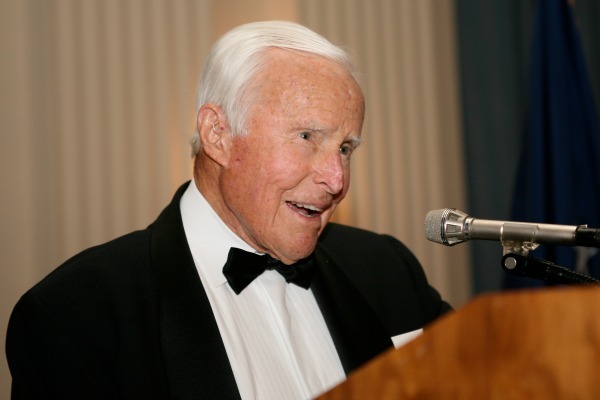 We are saddened to announce the passing of Ambassador Robert D. Stuart, Jr., Chairman Emeritus of the Council of American Ambassadors.

Ambassador Stuart was the United States Ambassador to Norway from 1984 to 1989. He served on the Board of the National Commission on Public Service (Volcker Commission) and the Defense Base Closure and Realignment Commission (1991 and 1993), having been appointed to the latter by both Presidents Bush and Clinton.

He was Chairman Emeritus of the Mid-West Advisory Board for the Institute of International Education and Chairman and past President of the Council of American Ambassadors (CAA). Previously, Ambassador Stuart served with the Quaker Oats Company for 38 years, including 15 years as Chief Executive Officer, first as President and later as Chairman of the Board. In addition to his career with Quaker Oats, Ambassador Stuart served for many years on the Boards of Directors of the First National Bank of Chicago; United Airlines, Inc.; Deere & Company; and Molson Companies Ltd., Canada. Ambassador Stuart was also active in public service. He served eight years as Republican National Committeeman from Illinois (1964 to 1972), and was a member of the Boards of the Chicago Council of the Boy Scouts of America, the Chicago Urban League and other civic and charitable organizations. Ambassador Stuart was a Trustee Emeritus of Princeton University and the Tax Foundation and former Director of the Benton Foundation.

He received his Bachelor's degree from Princeton University in 1937. After service in the United States Army in Europe during World War II, he attended Yale Law School where he received his J.D. in 1946.

May 9, 2014
Council of American Ambassadors homepage